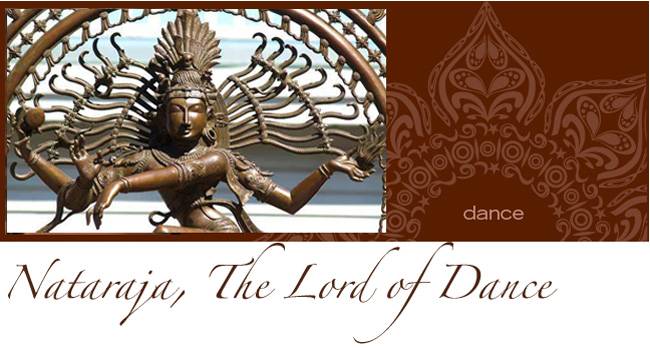 “Everything has its place, every being its function and all play a part in the divine concert led by Nataraja Siva,
Lord of Dancers.”
-By Dr. Ananda K Coomaraswamy

Nataraja, The Lord of Dance is a depiction of God Shiva as the cosmic dancer Koothan who performs his divine dance to destroy a weary universe and make preparations for god Brahma to start the process of creation.

“Shiva’s Thandava dance is a cosmic dance of the minutest, smallest and the biggest scientifically discovered cells and chromosomes. The conscious cell gets destroyed and is reborn. The conscious energy in every cell is indeed a unit of God. This unit being conscious in nature is spread out in atom in the cosmos also. This cosmic power of God subtly lives in us as jiva. It is true that modern science discovered cells and chromosomes but have they uncovered the underlying conscious principle? Modern science or physics is only compatible with Shiva’s Thandava that every subatomic particle not only performs an energy dance, but is also an energy dance. It is a pulsating process of creation and destruction without end. It is an eternal dance of subatomic matter.

From the Puranic angle, Thandava is a continual dance of creation and destruction involving the whole cosmos; the basis of all existence and of all natural phenomena. Lord Shiva prepares the way for creation by removing the old and useless elements. Destruction is necessary for creation just as death is necessary for rebirth. One cell dies and another is born. One atom is destroyed and another emerges. Everything is in constant transition from one form or stage to another. This Thandava would go on eternally so that the Universe does not stagnate but sustains physical life in its Consciousness. ‘What constitute the enjoyable, the enjoyer, and the enjoyment, in the three abodes – different from them all am I, the Witness, the Pure Consciousness’ – Kaivalya Upanishad 18″-Yogi Ananda Saraswathi